Halloween season is here, and so is the tradition of local media outlets listing and reporting ghost stories and legends around town. Perhaps no ghost story is more infamous to Dallas natives than the Lady of White Rock Lake.

A man and his wife were driving along White Rock Lake at night when a young girl in a white dress appeared on the side of the road, dripping wet. They stopped to ask if she needed help, and she told them that she was in a boating accident and needed to get back home. The couple offered to give her a ride, and the girl climbed into the back seat. As they were heading in the direction of the girl’s home, the wife turned around to speak to her, but the girl had vanished. All that remained in the back seat was a puddle where the girl had been sitting. Startled, the couple proceeded to the address the girl had given them and knocked on the door. A man answered, and the couple told him what had just happened. The man said that his daughter drowned in White Rock Lake several years ago, and that this has happened several times before.

Like all great urban legends, the origin and the details of the story are muddled. All versions of the story (and there have been several) contain information that was passed down from generation to generation, resulting in a mixture of details that either conflict with each other or are so vague that they cannot be verified. However, very real details about the early development of Dallas tie into this notorious and much-loved ghost tale.

At the turn of the century, Dallas citizens got most of their water from numerous city wells, the Trinity River, Turtle Creek, and the newly created Bachman Lake. Water had to be brought in to the city by wagon in the hottest summer months when these water sources ran low and, in 1909, a severe drought highlighted the need for more reliable water sources. White Rock Reservoir was created when White Rock Creek was dammed in 1910. The spillway was also built at this time. In 1911, city planner George Kessler recommended that the area around the lake be retained for public space and parks since he assumed that much of the land around the reservoir would be developed.

The reservoir was not a water source for long. In the 1920s, the booming population of Dallas quickly outgrew the small reservoir. Other reservoirs were developed, and White Rock Lake was converted to recreational use only. In 1929, the White Rock Pumping Station was shut down. A severe drought hit North Texas in 1953, and swimming was banned so that the lake could be used as a temporary source of water. Although the lake was not used as a water supply for long, the swim ban remains in effect.  Lawther Drive, a road circling the shores of the lake, was named after former Dallas mayor Joe E. Lawther. The Art Deco style Old Municipal Boathouse and the Bath House were both constructed in 1930, and 36 speedboats took people from shore to shore before motor boats were banned in 1958.

Many versions of the Lady of White Rock Lake ghost story place the victim’s death around the time period that the lake was converted to recreational use. The ghost was sometimes a woman who was driving along Garland Road near Lawther Drive when her car crashed into the lake, and she gives an address of one of the homes in the Forest Hills neighborhood just across the street. In other versions, she was a woman who had committed suicide or was in a boating accident, and she gives an address in Lakewood, off Gaston Avenue, or in Oak Cliff. The neighborhoods surrounding White Rock Lake were developed in the 1920s when many of Dallas’ earliest neighborhoods began to boom. Forest Hills, adjacent to the lake, was marketed as a peaceful escape from the inner city. These neighborhoods contain many architecturally significant structures and intact historic neighborhoods.

All of the neighborhoods and infrastructure mentioned in the retellings of this story would have been in place by the time Anne Clark wrote “The Ghost of White Rock,” published by the Texas Folklore Society in 1943. Sadly, it is impossible to pinpoint the exact origins of the tale, which had likely been circulating for years before it was written down. There were indeed several drownings in White Rock Lake before the 1950s, most notably the drowning death of 20-year-old Hallie Enid Gaston in 1927 which may have been the inspiration for the earliest versions of this story; however, there is not a known case of drowning that perfectly fits within the Lady of White Rock Lake story.

While the Lady of White Rock Lake is most likely an urban legend that has grown and evolved over generations of retellings, the history around this beautiful lake and adjacent neighborhoods are woven into the early history of Dallas and the population boom that occurred here in the first few decades of the 20th century. Next time you are walking or driving near Garland Road and Lawther Drive, go a little slower and ponder the many ghosts of Dallas’ past. 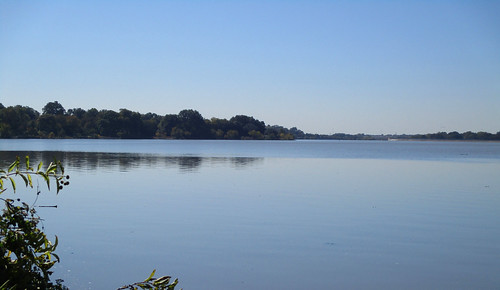